Hear some of the stories of Camp Hope.
Share yours with us in the comments below! 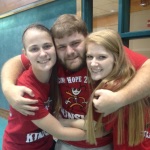 “After 16 years, I’m blessed to have had the finale that I did. I can attribute so much of my own personal growth to Camp Hope and I’ve always been surrounded by such amazing and faithful people. To say that I’ll miss it is an incredible understatement, but I’d like to think I’ve made an impact on an institution that’s had such an impact on me. I was a Kinsmen Staffer and there’s nothing I’d rather be.” 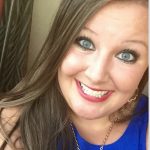 Since 7th grade, I haven’t missed a single summer of Camp Hope. I also befriended a girl whom I went to school with since 4th grade, but had never really gotten to know. And now she is my very best friend. Camp Hope has impacted my life in multiple ways that I will be forever grateful for. I am so blessed to be in a position that helps grow faith, creates friendships and everlasting memories. 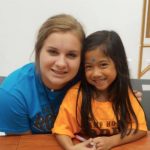 We saw students who are shy really come out of their shell as Camp Hope Staff. It was amazing to see all of the students take ownership of Camp Hope, stretch themselves as leaders and share Jesus with the kids who came. 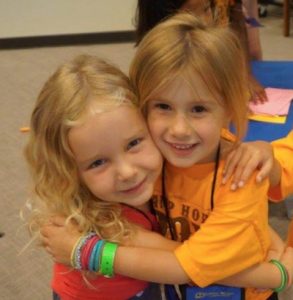 One family who signed up for Camp Hope had children that had dealt with some really tough things in life. Being new to Katy they didn’t know anyone and their aunt signed them up for Camp Hope. Well, they came all three weeks and the girl became good friends with another camper. Well, when the parents from the two families introduced to each other they found out they lived in the same neighborhood (literally a street away from each other) and the kids would be going to school together! The girls were so excited! What a God moment! 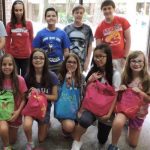 “My daughter can’t wait to be a disciple camper. Camp Hope is her favorite camp because it is youth led and she looks up to all of the staff. The other camps she goes to are more adult led and she doesn’t look forward to them nearly as much as she does for Camp Hope.” 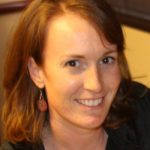 A camper and her mom came to Sunday morning worship for the first time this morning after a week of Camp Hope, and daughter said no matter what vacation her family goes on next year, she wants to come to Camp Hope instead. Even more than Disney world! 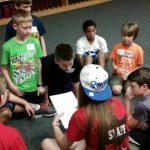 A teenager was reluctant to be part of Camp Hope staff because she’s more of an introvert and doesn’t hang out with the church kids much. Mom says she had never been very interested in working with kids. We asked her to come towards the end of Camp Hope because we were short on staff, and she had a great time. She went home after camp and told mom and dad “After working with the kids at Camp Hope, I think I want to be a teacher.”

A MINISTRY OF LEAD